Home » Blog » Redefining the Rules of Engagement: The History of Proposals

Redefining the Rules of Engagement: The History of Proposals 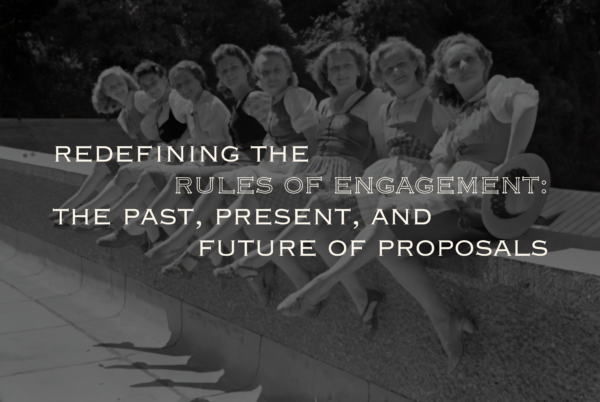 Regardless of whether you personally are considering proposing to your beloved, it seems like everyone is getting engaged these days.

The ‘lockdown proposal’ trend has been both heartwarming and fascinating, but it’s also given us pause for thought. Because proposals are a bit bizarre, aren’t they? It’s not like humans come with the knowledge of how to propose pre-installed… So where did the idea come from? What’s with the getting down on one knee thing? Who said it’s got to be a diamond ring? Why don’t women propose? The theatrics behind proposals have reached an all-time high, so we thought it was time to take a deep dive into history to discover the past, present, and future of the ‘rules of engagement’.

Where did marriage proposals originate?

Human behaviour is easily influenced. For example, it might surprise you to learn that what we think of as a time-honoured tradition was actually born from an advertising campaign, or that the most iconic act of proposing was made popular by the world’s earliest rom-coms (really).

None of which is to say that the way we propose today isn’t meaningful and authentic. Traditions are traditions because they’re important to us on a personal level. But we want to see if tracing the history of engagements can also reveal where modern love is headed and how our customs around marriage are changing. 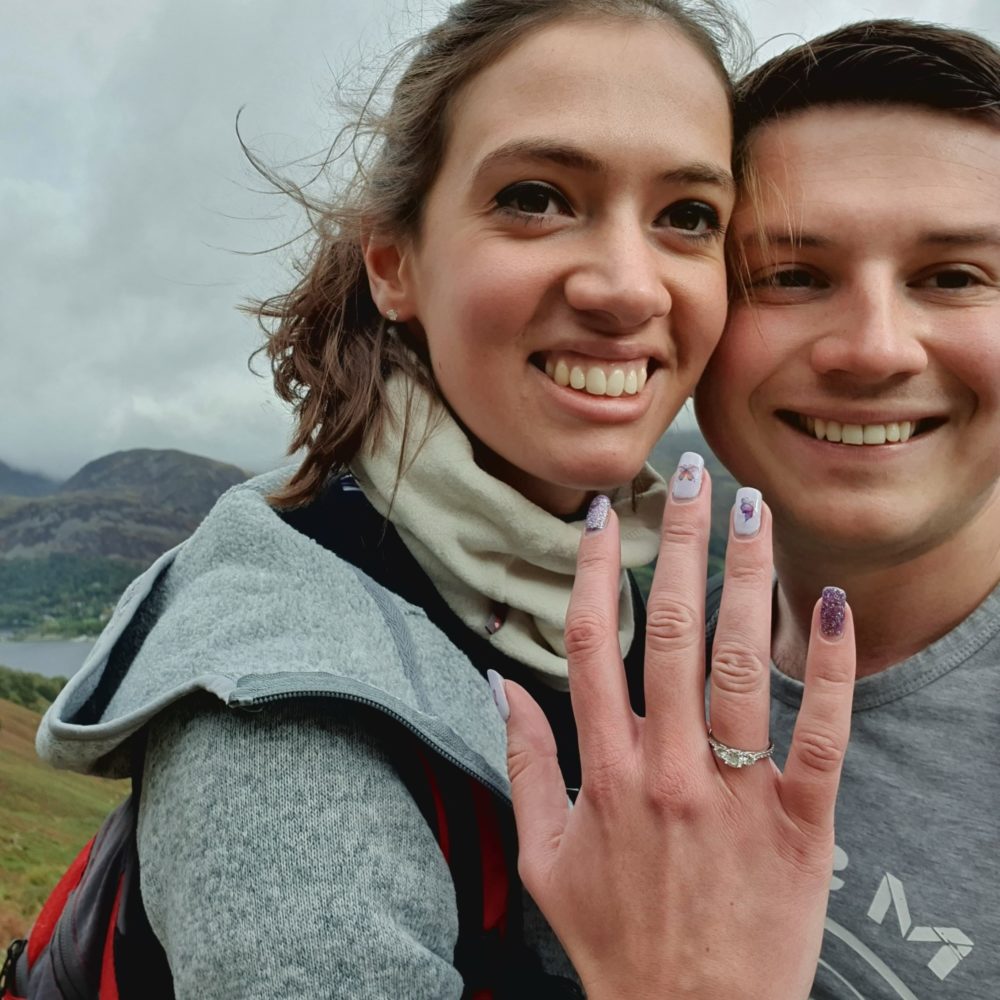 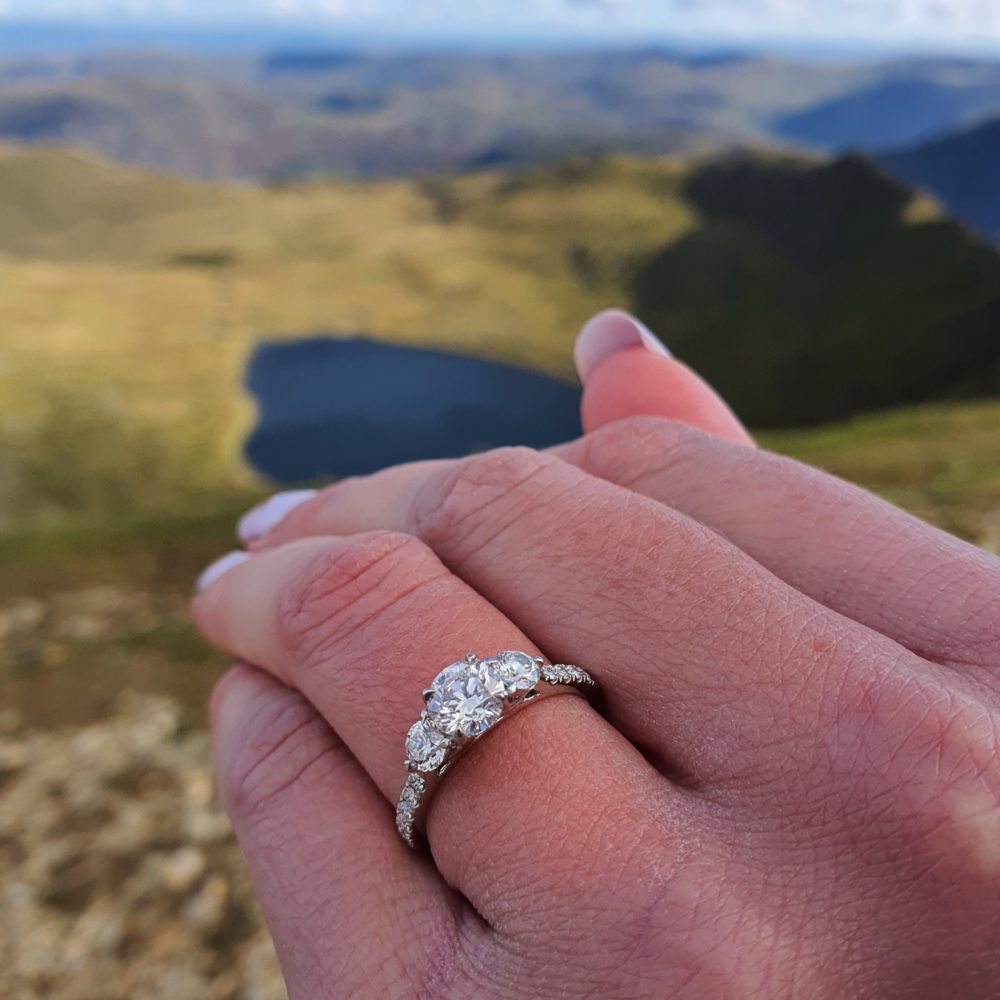 Why do we propose by getting down on one knee?

For most of history, marriage engagements were enacted through the signing of legal documents or between the meetings of families. With nary a flash mob in sight, oil paintings of the early modern period show a man and a woman standing next to each other during their engagement (and usually looking a bit grim).

But, unlike getting your friend to hide behind a bus shelter with a camera to secretly capture the spontaneity of the ‘big moment’, having your friend jump out from behind some bushes and take an oil painting of your surprise proposal would have taken ages. So it’s no wonder they weren’t able to capture the thrill of the moment until about 2013, when iPhones finally got decent cameras.

That makes kneeling or, if you’re feeling fancy, ‘genuflecting’ (meaning the act of getting down on one knee before something sacred) a relatively modern tradition. First recorded in illustrations in the daily penny papers of the 1800s, kneeling was a convenient way to convey the act of proposing in the silent films of the 1920s. This representation in modern pop-culture cemented the act of kneeling as the de facto means of proposing the world over. 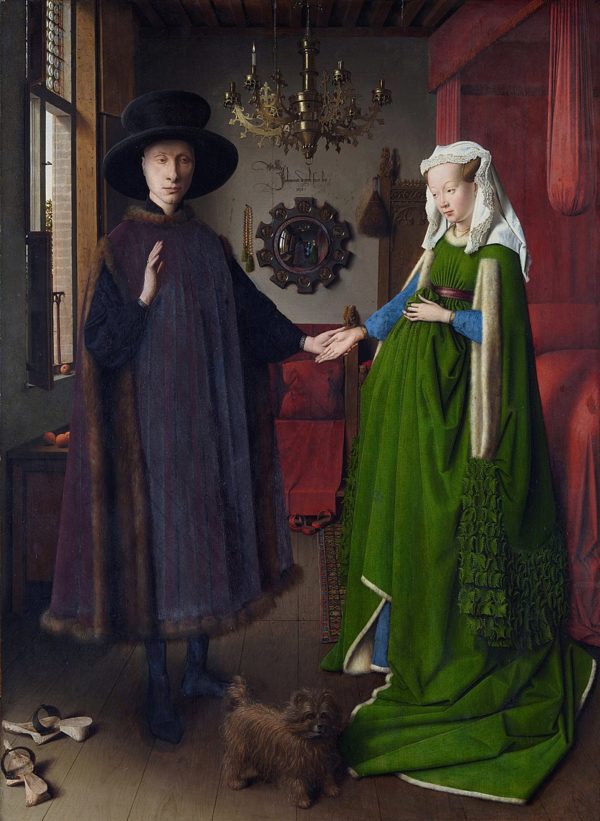 In 1493, posh people went completely off their heads for wedding portraits like this by Dutch master Jan van Eyck, making them sort of like engagement announcement TikToks of today but with less lip-syncing and crying.

Unlike flinging yourself out of an airplane, or gathering eleven of your most caffeinated friends for an ode to love outside M&M World, offering a woman a ring to mark your betrothal is an age-old tradition, with roots in Judaism dating as far back as the Hebrew Bible. And throughout most of Western history, a simple gold band was seen as a stylish enough design to get the point across. But all of that would change in 1947.

Slight disclaimer here: we’re engagement ring people at Taylor & Hart. We love this kind of stuff. So we don’t want to get too cynical about things, but the fact of the matter is that the De Beers diamond company essentially invented today’s engagement ring through a marketing campaign. That might not sound very romantic, but their iconic slogan ‘A diamond is forever’ struck the hearts of millions and made the diamond solitaire engagement ring the instant gold-standard for bridal jewellery.

But like any rule, the diamond ring standard was made to be broken. The past ten years in particular have seen a huge uptick in demand for engagement rings that feature coloured gemstones such as sapphires and tourmalines. 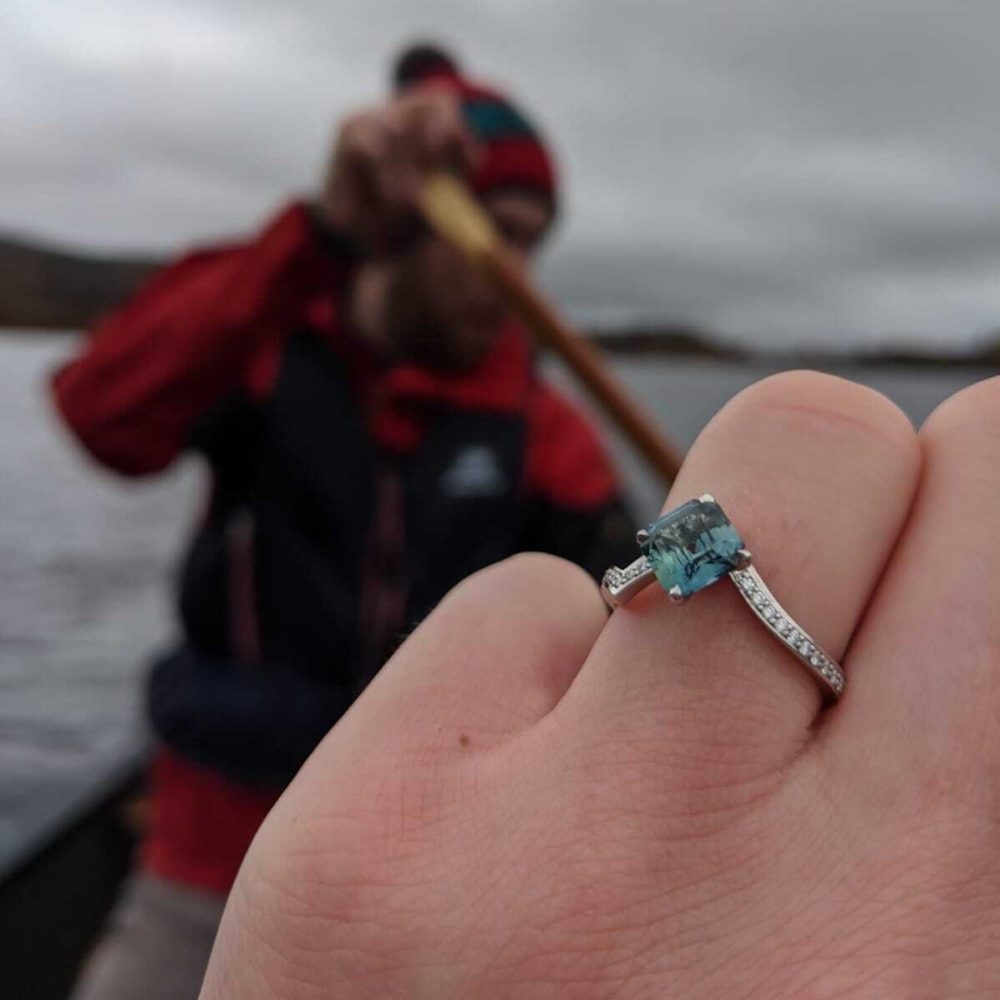 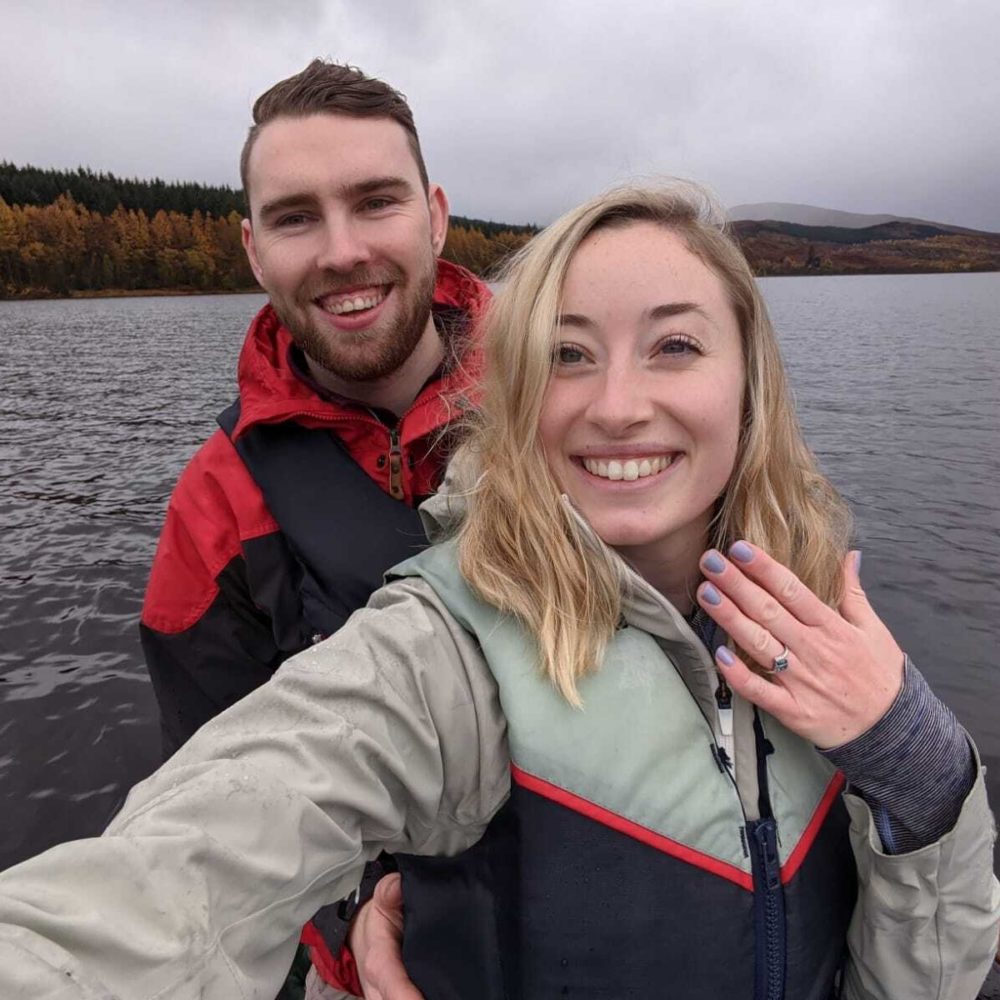 Another one of our modern notions that we personally think can go straight in the bin is the idea that jewellery and gemstones are reserved for women. In literally every civilisation but our current one, men have worn ornate jewellery to honour their family lineage, to convey respect, and to otherwise look dashing on the day-to-day. 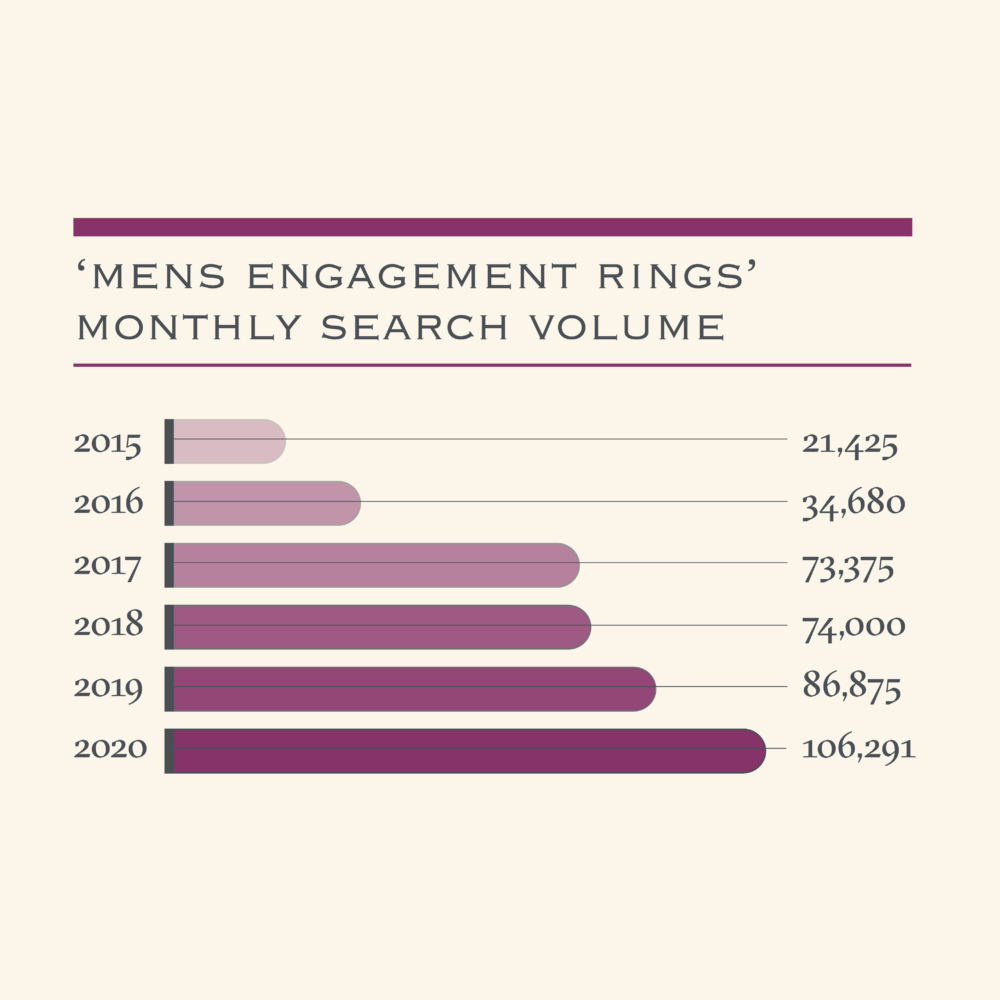 Why do men propose to women but not the other way around?

To state the obvious: traditionally, men propose to women. In fact, during our “modern” period of engagements (circa the 19th century to present) the idea of a woman proposing was so outrageous that 29th February—a day that virtually doesn’t exist as it’s the extra day of a leap year—was declared the only day when a woman could propose marriage to her beloved. Rude.

The notion that men must propose is so culturally entrenched that only recently has data surrounding women proposing even begun to be collected. But what researchers are finding reflects the diminishing importance that people place on strict gender roles within their personal relationships. In fact, the number of women who propose has tripled in the last decade! 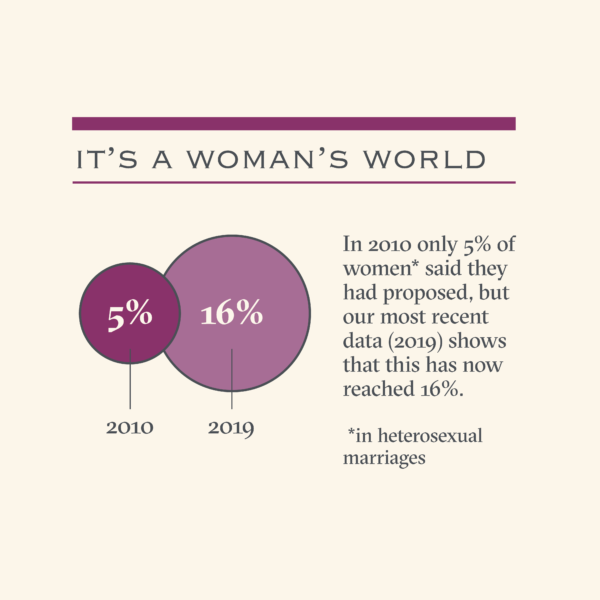 Do women choose their own engagement rings today?

To recap: proposals as we know them today—where a man gets down on one knee to surprise a woman with a diamond ring—came off the tail of the iconic De Beers ‘A diamond is forever’ marketing campaign. It’s development from the late 1940s onwards was due to post-war economic booms that gave way to a growing middle class who had a new disposable income which could be spent on flashier engagement rings than the humble gold bands of yore.

But because these notions about what an engagement ‘should be’ were so obviously constructed—meaning they lack any deep cultural traditions to back them up—people are finding it easier to buck these trends and tailor their engagements to suit their own beliefs and personalities. 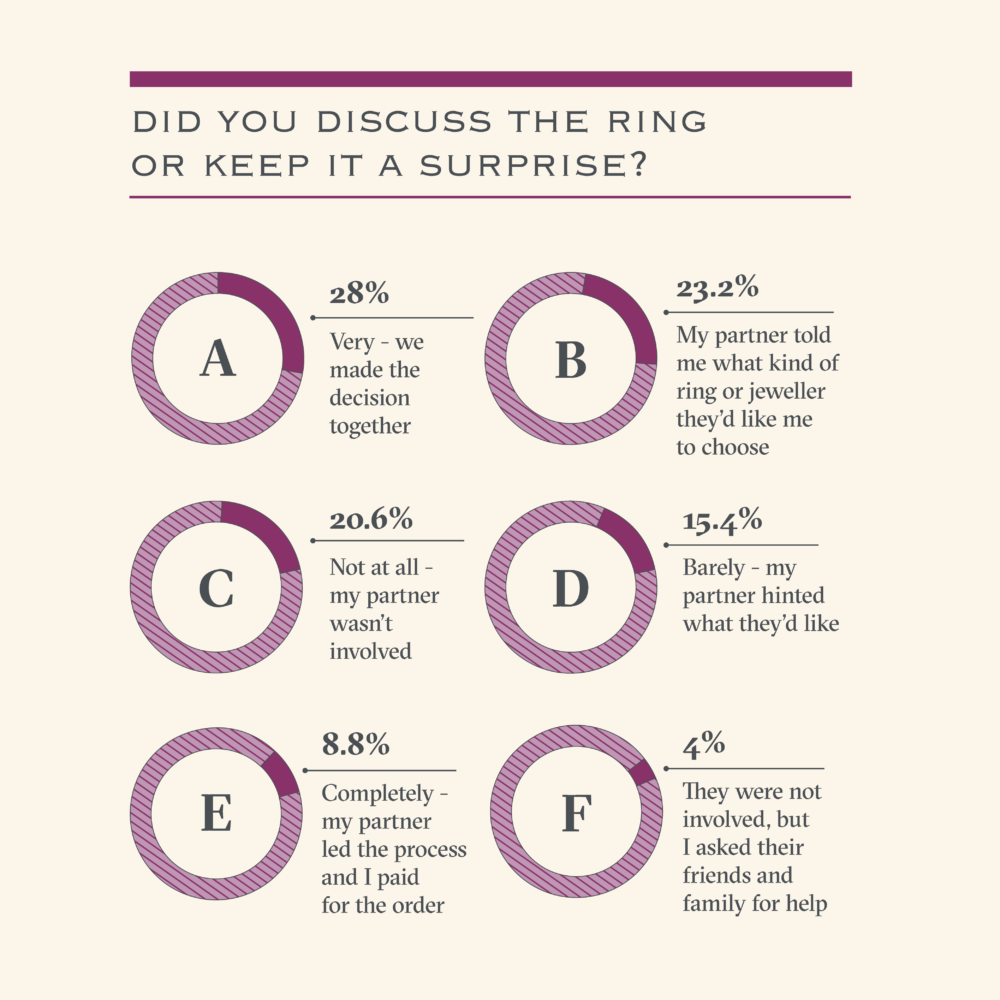 Gone are the days of men picking a ring solo: the majority of couples now choose to design their engagement ring together, with 28% of couples saying both people were ‘very’ involved in the process. This may reflect the fact that women now have equal authority over financial decisions within a relationship, including when it comes to ring shopping.

Plus, if you’re the one going to be wearing the thing, shouldn’t you get a say in how it looks?

Is it okay to discuss marriage before getting engaged?

It used to be a man’s decision to get married as he was the only one who could propose, but today the majority of couples make this decision together.

When we surveyed our customers at Taylor & Hart, we found that only 18% of couples said they hadn’t discussed marriage before their proposal, with over a third of couples saying they had spoken in depth about getting married.

The majority of people date for at least a year before proposing, with 27% of couples spending 2-3 years together before their engagement and 20% dating for 3-5 years. 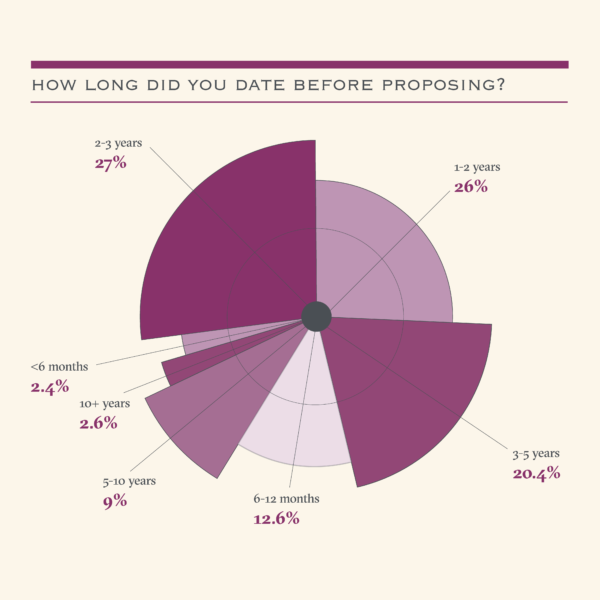 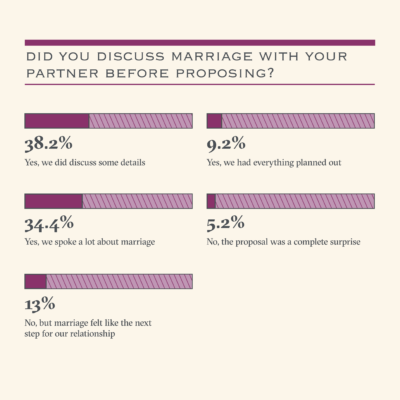 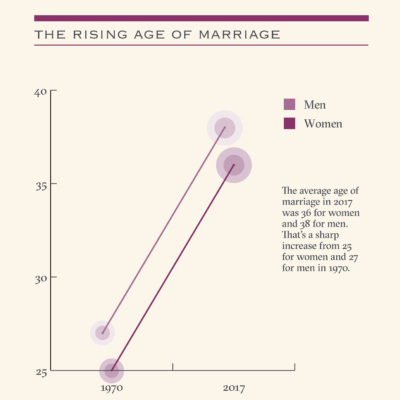 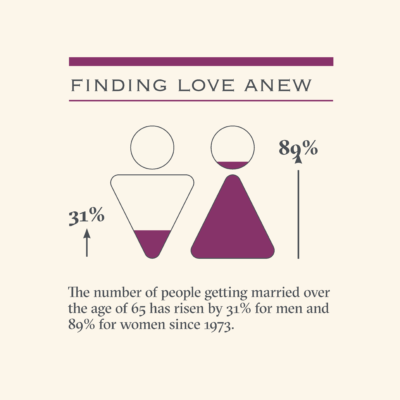 And there’s nothing wrong with waiting for love. Today people take their time deciding when marriage works on their terms rather than feeling societal pressure to tie the knot early. People are also finding love anew later in life, with the number of people getting married over the age of 65 rising by 31% for men and 89% for women since 1973—how great is that?

What’s in store for the future of love?

We hope this brief foray into the social and historical origins of wedding proposals has helped you understand modern love a little better. Love is baffling and wonderful and incomprehensible, so it can be nice to see how humans have always simply tried their best to make sense of this all-important emotion.

If the current state of proposals tells us anything, it’s that people are embracing more honest expressions of their feelings. This is much in part to our collective move away from strict gender roles that have historically stifled women’s self-expression and limited men’s options for meaningful jewellery of their own. Above all, today’s proposals find ways to tie important traditions with personal flare, and we can’t wait to see where this creativity takes us. 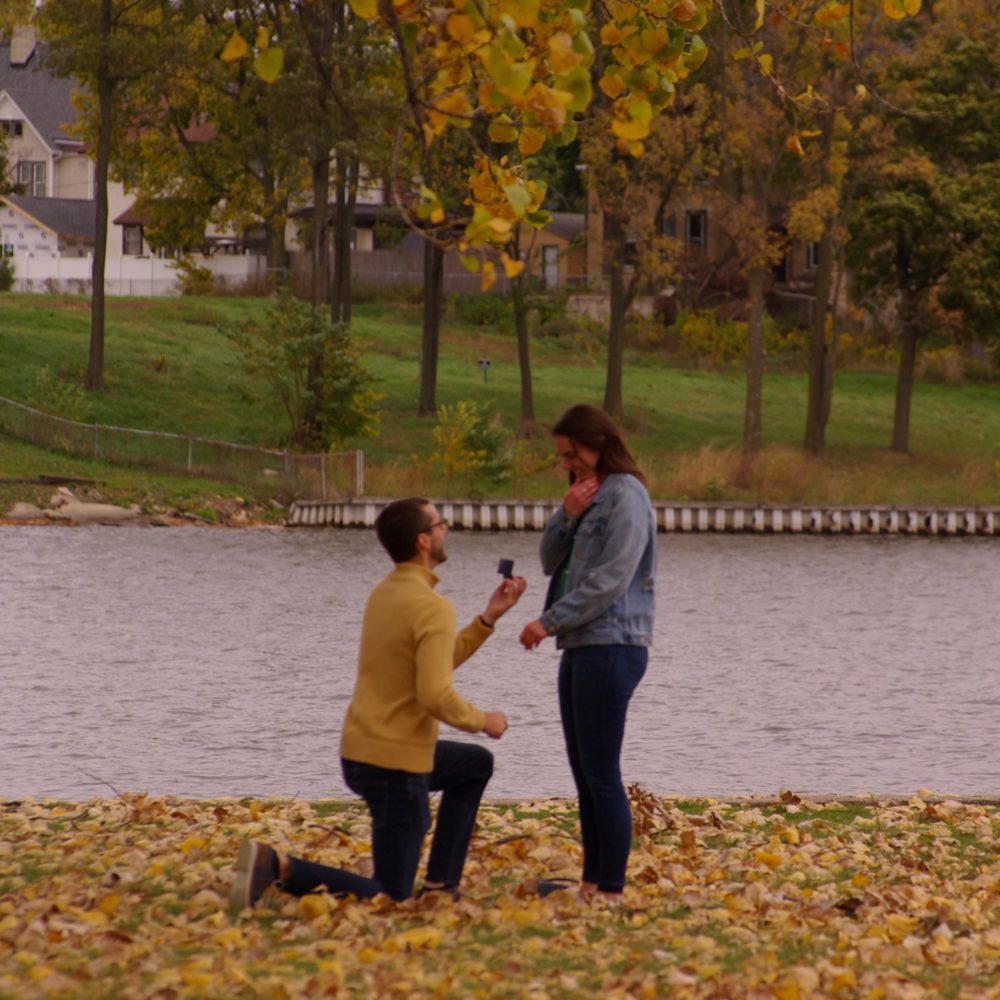 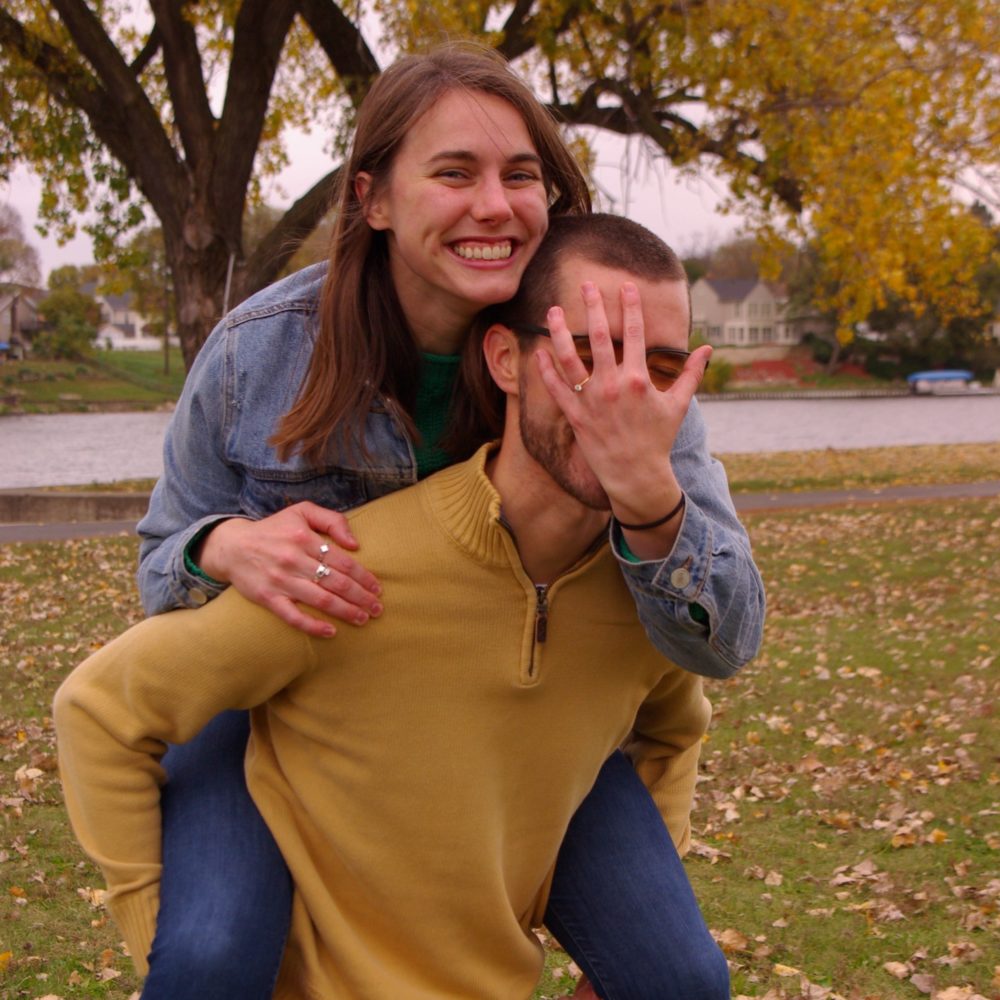 find your dream ring
Back to index
Back to top

history of marriage, history of proposals, taylor and hart 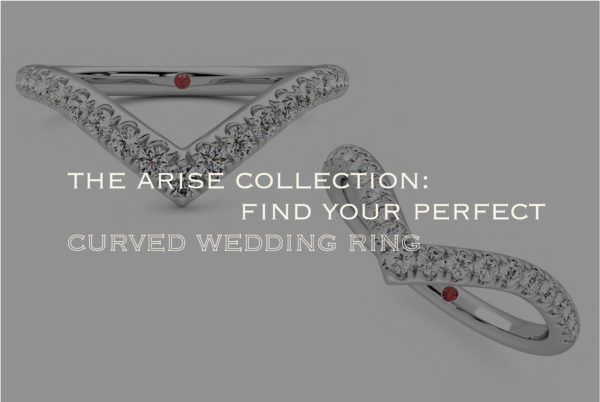 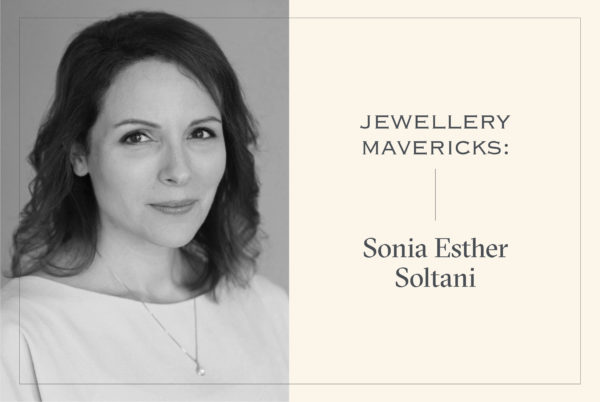 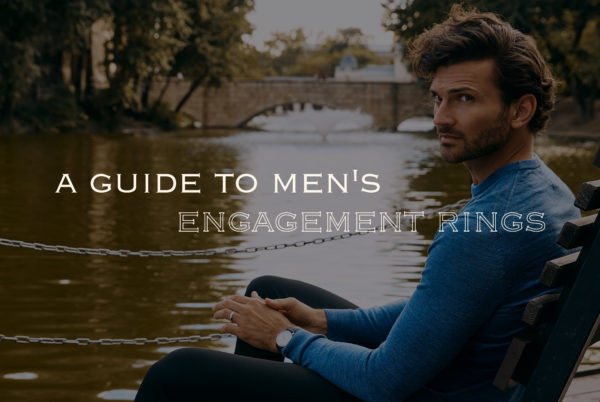