What is an Asscher cut?

The Asscher diamond has 72 facets cut at right angles, known as step cut facets. These facets are unlike those seen in round or oval diamonds. Instead of being kaleidoscopic, they’re linear, large and wide-set, with three rows on top and three on the bottom. The elegant step cut draws your eye into the centre of the stone, creating a captivating optical illusion known as the “Hall of Mirrors”. 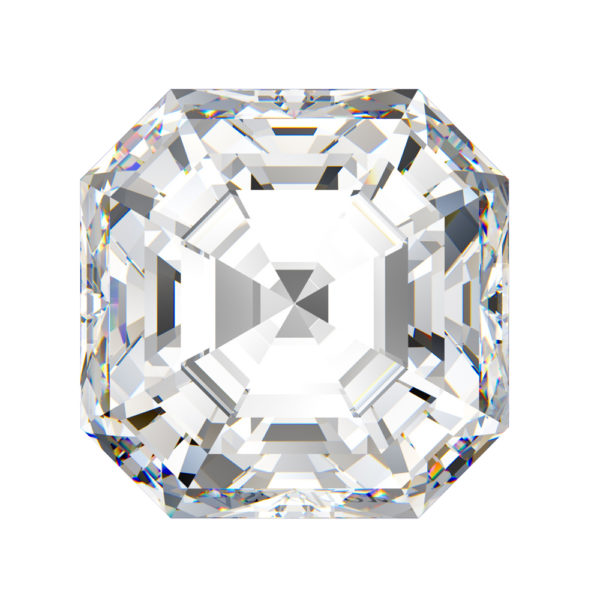 When grading diamonds of this shape, the GIA will also call the Asscher a cut-cornered square step cut, a square emerald cut or an octagonal cut. Typically seen in vintage jewellery design, Asscher diamonds sit beautifully in both antique settings or contemporary designs.

Why should I choose an asscher cut diamond?

Asscher cut diamonds are an art deco lover’s dream. The cut has a timeless appeal as dynamic and original. The Asscher cut is the perfect combination of the princess cut and the emerald cut, as it is a step cut diamond but with a flattering square shape that gives the cut its distinct pattern.

Asscher cut diamonds are cut in a unique way. They have 72 facets, which allows the stone to to have a lot of brilliance, with large flashes of light that create a distinct hall of mirrors pattern. The hall of mirrors effect is what gives the Asscher cut its distinctive vintage appearance. 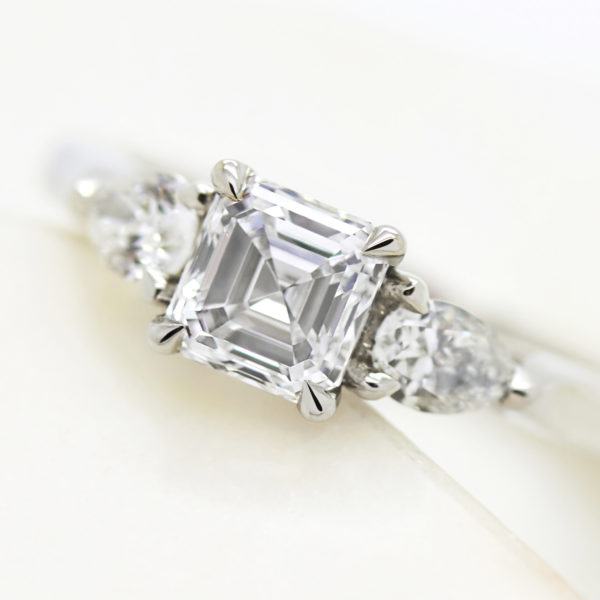 While appearing square, the Asscher cut is actually octagonal. Instead of just having 4 sides, the square shape of the Asscher has angled corners, adding to the diamond’s flair and elegance.

This diamond shape is one of the fancy cuts, meaning that it is distinct from the popular round brilliant diamond shape. Because the Asscher shape is less in demand, the cut is about 15% more affordable than a round brilliant cut of the same carat weight. The affordability of the beautiful Asscher diamond is another reason to choose this cut!

The history of the asscher cut diamond

Over time, the Asscher family grew their business and eventually built a factory employing over 500 polishers. But this all changed during WWII, when Nazis imprisoned the Jewish Asscher family and the factory’s polishers into concentration camps. All of their diamonds were seized, and the patent for the Asscher cut was left to expire.

Following the tragic and irreplaceable loss of many of their family members, the Asscher brothers were determined to rebuild their company in the post-war economy, eventually bringing it back to its former success and earning a royal title from the Dutch Royal Family. In 1999, Joseph Asscher’s sons, Edward and Joop, developed an enhanced version of the Asscher cut with more facets and this became known as the Royal Asscher cut.

While the Asscher cut is a popular cut today, the shape reached its height of popularity before WWII, in the 1920s art deco era. The prevalence of the Asscher cut during this time has led many to associate the cut with vintage or retro styles. 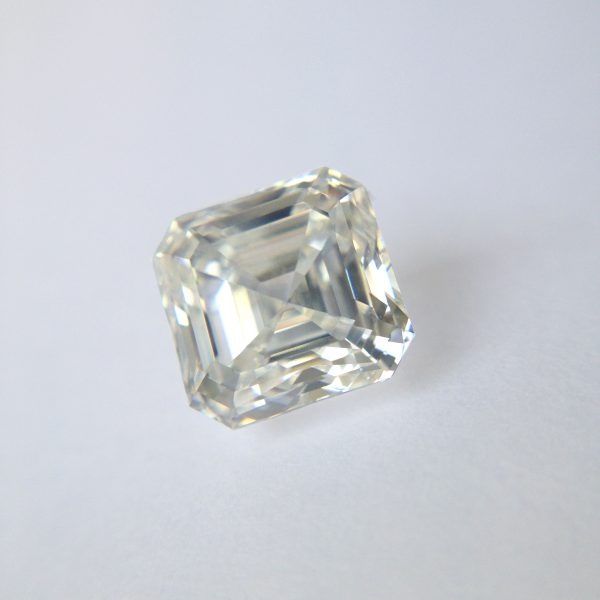 How much is an asscher cut diamond?

The Asscher diamond is the perfect cut to express individuality, so it’s no wonder that many celebrities choose an Asscher for their engagement ring. Style icons such as Elizabeth Taylor and Pippa Middleton all prefer the original cut, as it reflects their classic style.