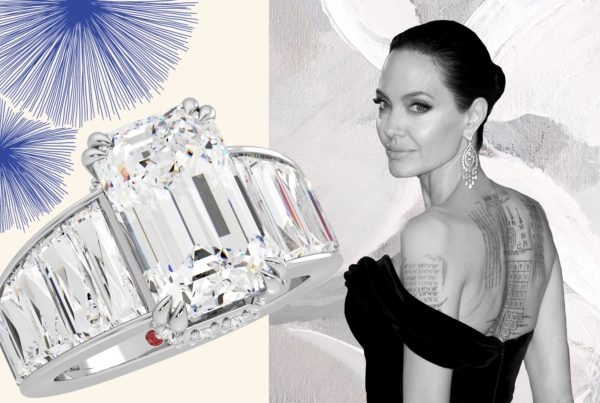 As one of the most iconic celebrity marriages ever to exist, Angelina Jolie’s marriage to Brad Pitt in the late 2000’s will stay in collective memory for years to come. As iconic as her marriage was, so was her stunning engagement ring. Although Angelina was quite the punk in her youth, her style became more refined and classic as she grew older– reflected perfectly in this thoughtfully designed engagement ring. Featuring a sizeable emerald cut centre diamond, the stone is flanked with trapezoid diamonds that extend down the shank of the platinum engagement ring. Designed by a bespoke jeweller in Beverly hills, the engagement ring is beautifully unique.

Brad Pitt was heavily involved in the design process, he was said to have a specific vision for the ring- he wanted the side diamonds to encapsulate her finger. He wanted to ensure that the diamonds were of the best quality, and judging from the images, the entire ring looks absolutely flawless. The centre stone is an emerald cut diamond, and is estimated to be close to 16 carats. Set in platinum with custom cut trapezoid and baguette diamonds, our designers estimate the engagement ring to be worth about £79,000. 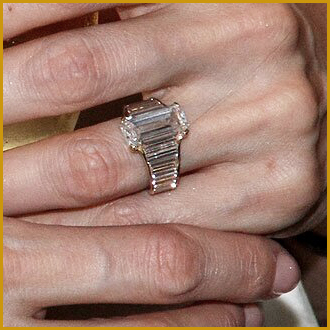 Brad Pitt & Angelina Jolie met in the summer of 2004, on the set of their hit movie, Mr and Mrs Smith. Although Pitt was still married at the time, the couple had to admit later on that it was then in which they fell in love. In 2012, she was spotted with her extraordinary ring, and after dating for almost over ten years, Brangelina finally tied the knot in an intimate ceremony in France. Accompanied by all six of their children, Angelina wore a veil embroidered with her children’s drawings, a sweet touch!

Angelina’s ring features a 16 ct emerald cut diamond, flanked by custom cut trapezoid and baguette diamonds. Our designers estimate the engagement ring to be worth about £79,000. 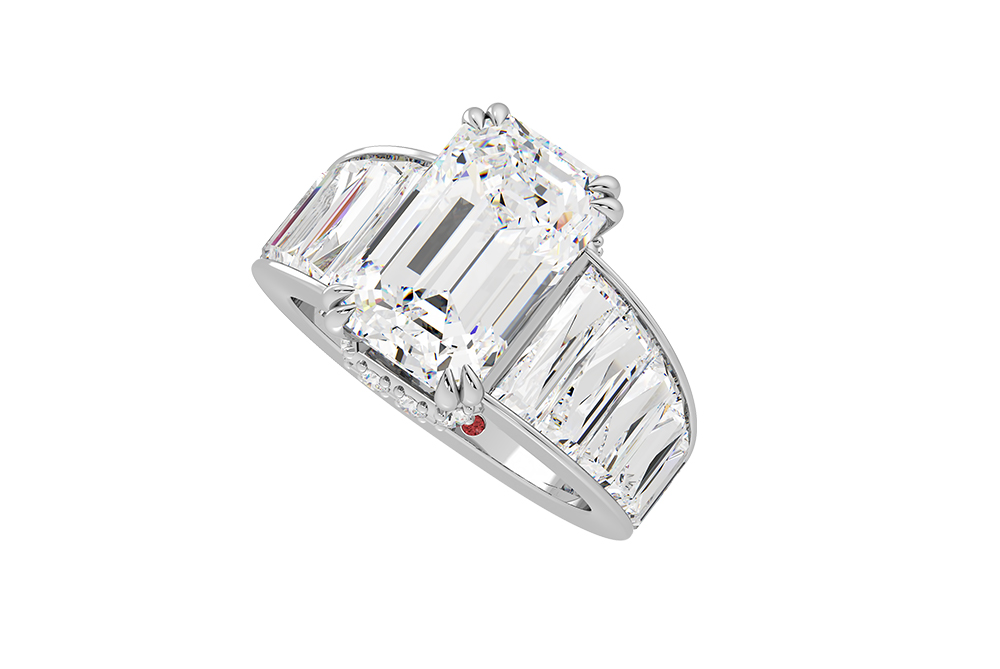 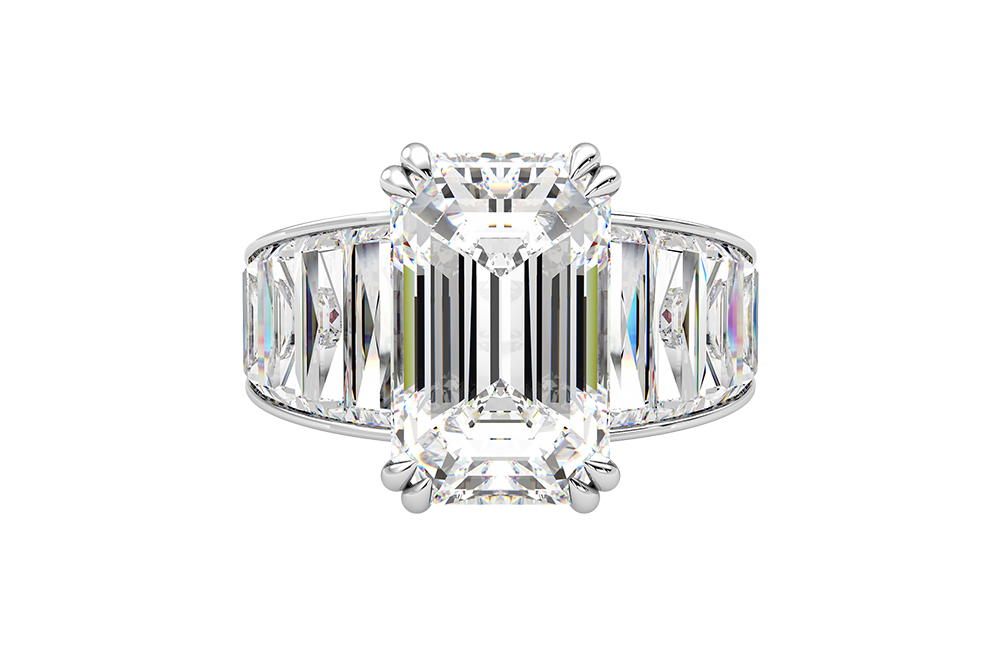 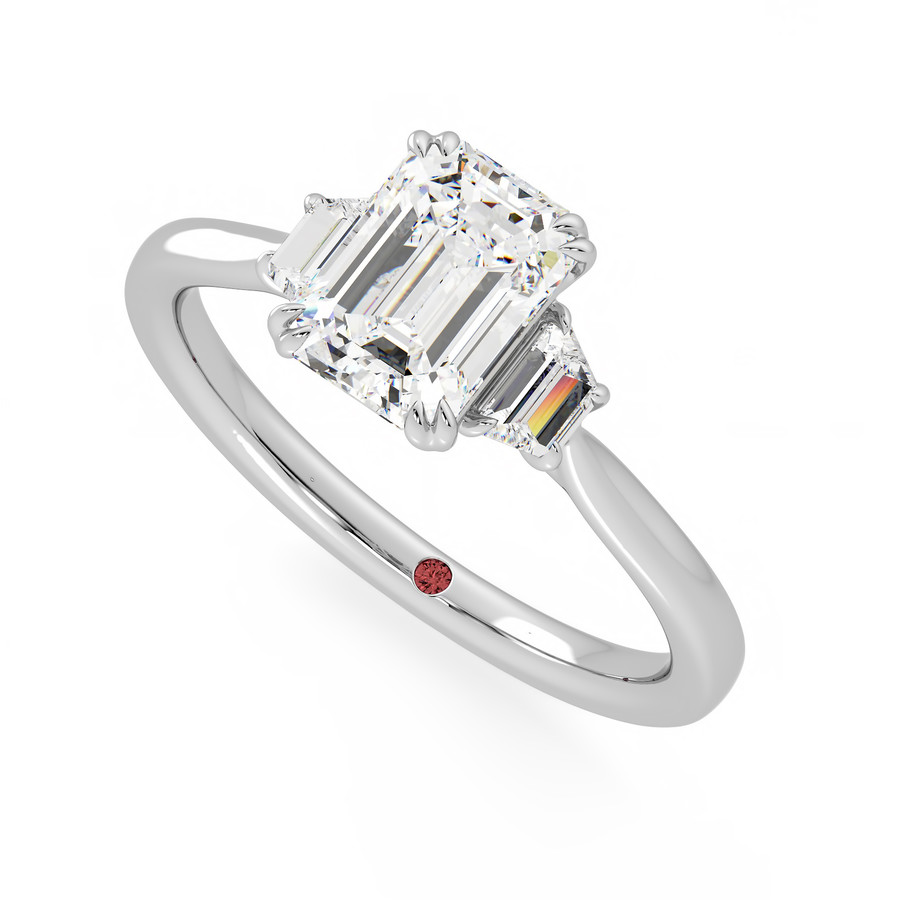 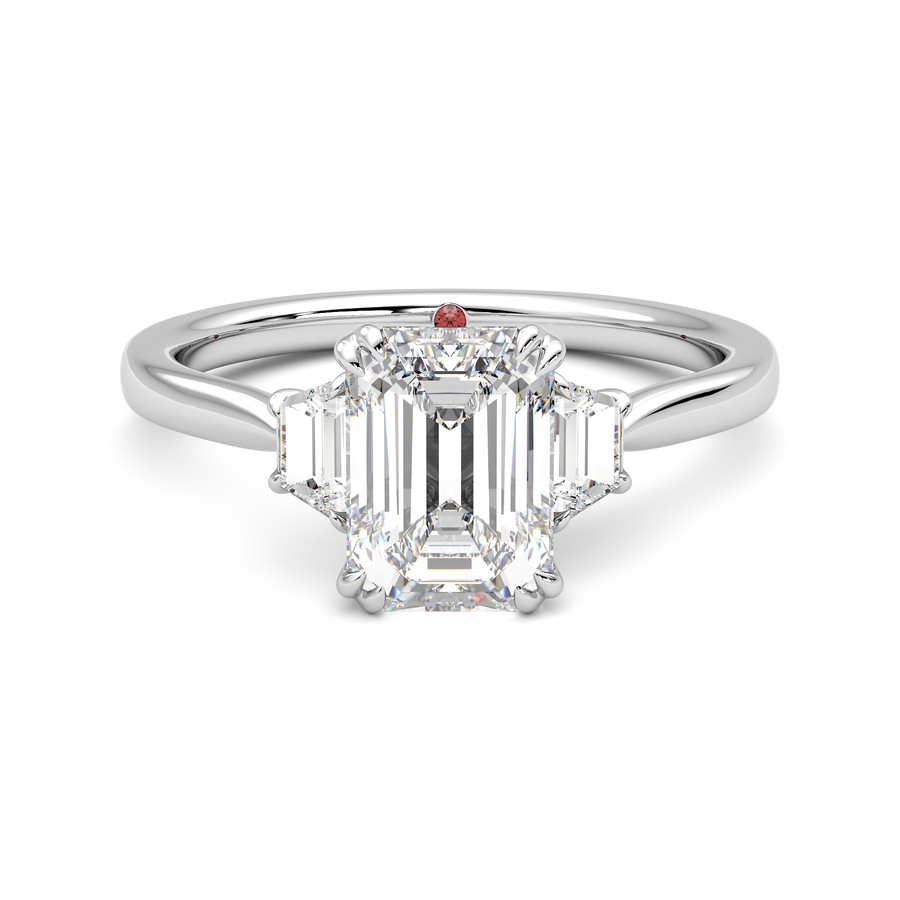 How can I personalise an Angelina Jolie inspired ring?

If you love the design of Angelina’s ring but would like to put your own twist on it, consider creating a custom engagement ring with us. Our design consultants will show you how to personalise the ring during the bespoke process. You can change the colour of your centre stone, or the colour of your entire ring by using gemstones such as yellow diamonds, emeralds or sapphires. You can also change the metal colour, and the shape of the gemstones. The possibilities are endless, get in touch with us to begin exploring! Emerald centre with round and baguette diamonds and Art Deco inspiration from €1,950
More celebrity engagement rings
Back to index
Back to top 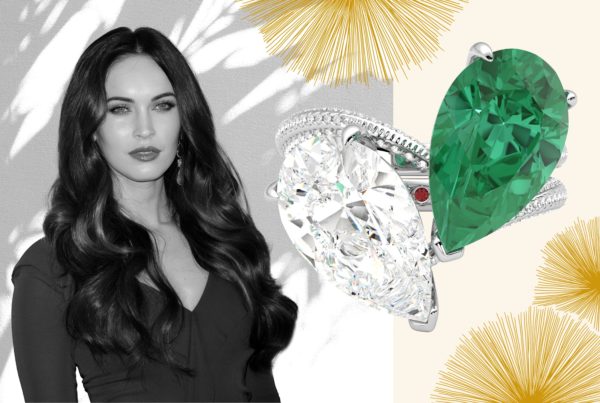 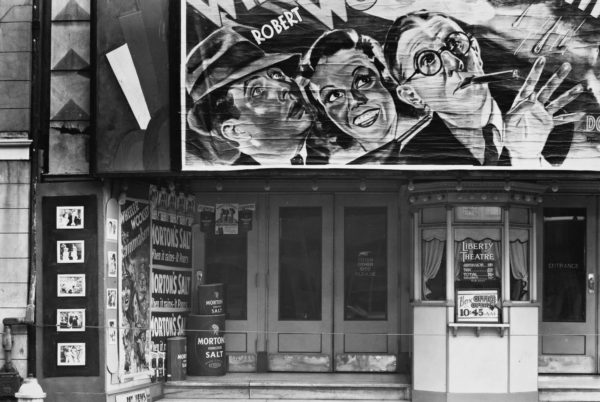 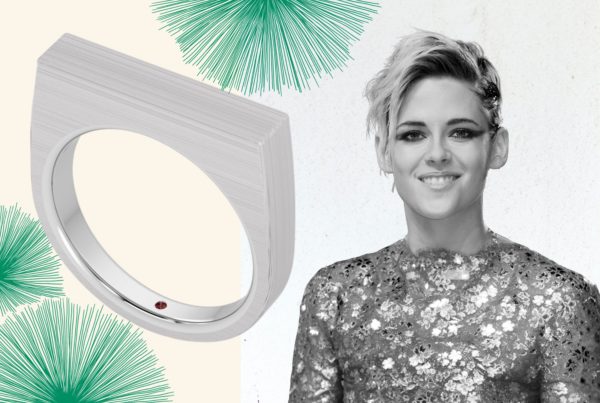