Getting to know our multi-talented workshop manager

Having an in-house workshop is a real point of pride for us at Taylor & Hart. Getting to know the people who craft each of our designs helps us feel more connected to each piece, and to each other. We want you to give you a peak behind the curtain as well and introduce you to each of the key players on our fantastic workshop team.

In this installation of our Meet the Makers series we’re chatting with Ben, our workshop manager. With a passion for art, design and technology that dates back to his teenage years, Ben found the perfect outlet for his design skills as a goldsmith and jeweller. He tells us about his years training as an apprentice that culminated in his work with us today.

Where are you from?

I’m from a little village called Chalfont St. Giles, outside of West London.

What inspired you to get into the jewellery industry?

One of my best mates informed me about this apprenticeship scheme, and after speaking with my mum we found the Goldsmith’s Company Apprenticeship Scheme. In the process of applying for that programme, I also had a two day trial and interview for the brand new Goldsmith’s Foundational Programme, to which I was accepted.

The program gave me an introduction into all aspects of jewellery making, and into the industry generally. We learned about diamond mounting, silversmithing, enamelling, engraving and polishing. And then you can then decide to go into a specialised apprenticeship. 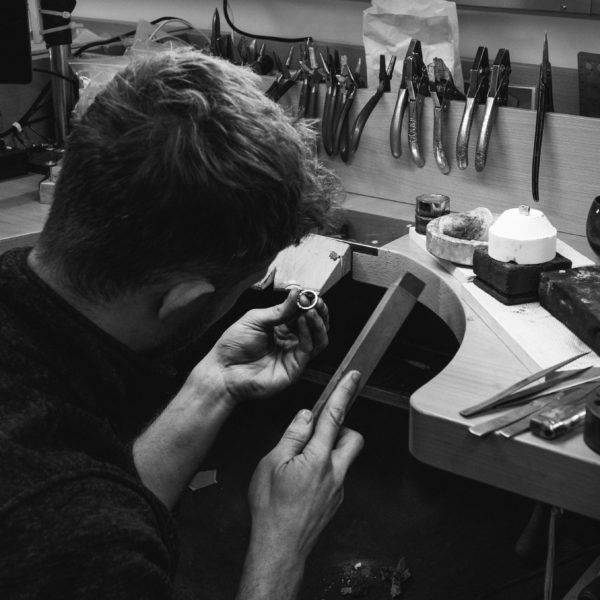 What did you specialise in during your apprenticeship?

I specialised in diamond mounting during my apprenticeship. I started off doing all of the silver castings and then had the odd bespoke piece to work on. Once a week we used to practice advanced diamond mounting skills to top up my knowledge and get more training. Eventually by the 4th year of my apprenticeship all I made was handmade bespoke pieces.

What inspired you to choose jewellery making as a career?

I’ve always been into Design and Technology and I got quite a good grade in it in my AS levels. My step-dad is an engineer, which influenced me on the technical side of the craft. I’ve always liked maths and art, and things that are hands on. Initially I wanted to be a jewellery designer, but then I realised I enjoyed the craftsmanship aspect more, which led me to this role.

What are other jewellery designers or makers that you admire?

My first boss, Dominic, was massively into a guy called Joel Arthur Rosenthal (JAR) . He’s one of these jewellers that can bring anything to life. It’s what every jeweller wants to be able to do, just design whatever they want and make it. At the end of the day, if you really invest yourself in the piece you’re making, you’re going to make it well.

There’s also a jeweller called Wallace Chan. He’s incredible. Some of his pieces are just mind-blowing. He carves his own stones, his work is so different and unique. I can understand the craftsmanship that goes into his pieces, but then sometimes even I don’t know how it’s made.

Most recently I’ve found my most favourite jeweller on Instagram called Forms Jewellery and everything about their jewellery is beautiful. The flow, the movement, the technical ability and the thought that goes into creating what they make is inspiring. 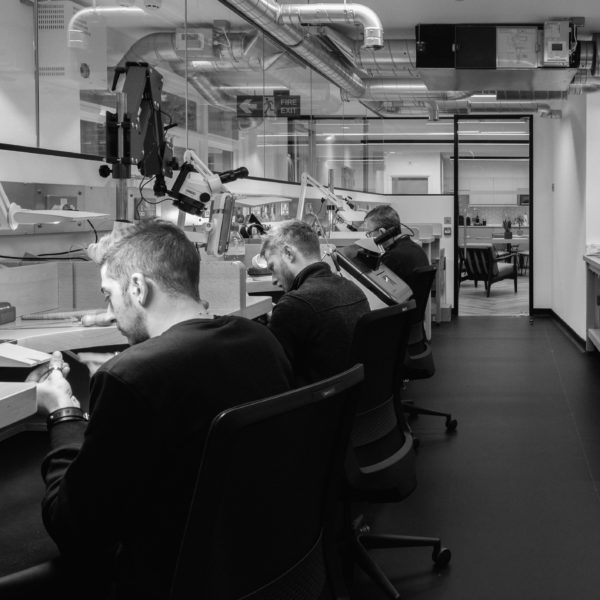 At the end of the day, if you really invest yourself in the piece you’re making, you’re going to make it well.

What is your favourite sort of aspect about your work? What do you enjoy the most?

I liked the variety in my job. I really like making things with my hands, and even if I am sitting at my desk there isn’t a moment where making jewellery isn’t engaging. You get to really focus on that one piece, and the time just flies. You very rarely have a day that drags. There’s so many different ways to make a piece of jewellery.

Also, I love creating things that people will actually wear, especially when I make things for family and friends! Two years ago I went to a close friend’s wedding where I made their rings. To see them exchange the rings and to know that they will be with them for the rest of their lives is pretty cool. 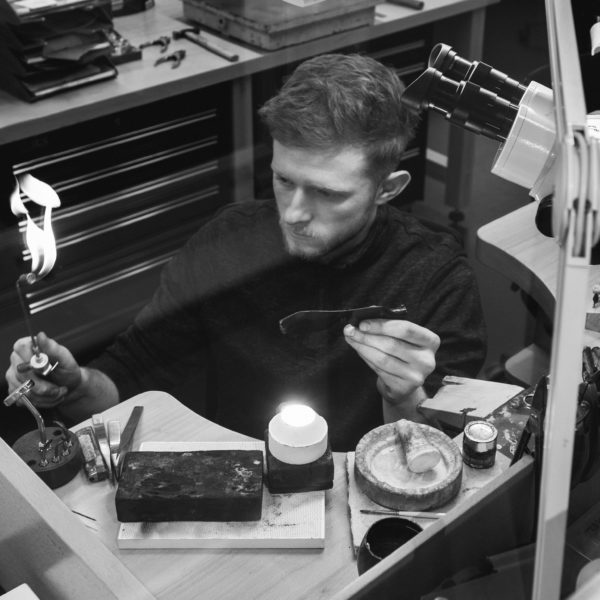 Thanks to Ben for sharing with us about his work and approach to handcrafting fine jewellery. As a trade and a craft, jewellery and goldsmithing have a rich legacy of apprenticeship and training and it’s great to get a sense of how this process works today.

The work our team of artisans undertakes each day is nothing short of inspiring, and we love being able to get you familiar with the people behind the masterpieces.

Read about our diamond mounter
Back to index
Back to top 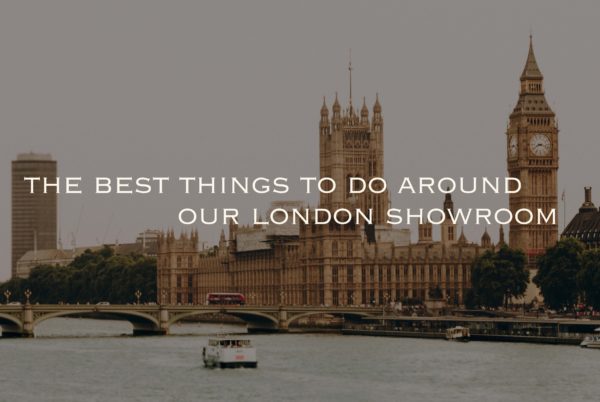 The best things to do around our London showroom

What do we mean when we say ‘hand in hand’?